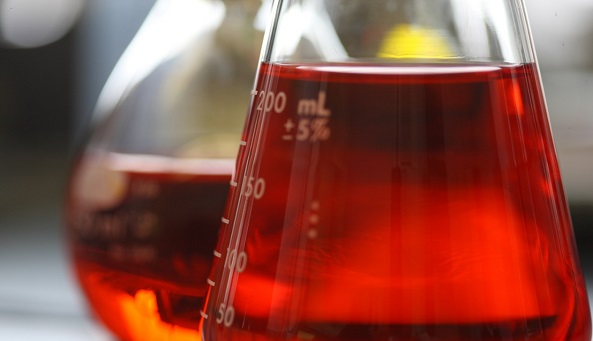 Oxygen is life sustaining, but its metabolism by organisms is not without consequences. Aerobic metabolism provides energy predominantly through mitochondrial oxidative phosphorylation. This process leads to the formation of by-products known as oxygen free radicals, which are toxic in high quantities. Oxygen toxicity is an intrinsic challenge to aerobic life that also affects spermatozoa, cells essential for the propagation of a species.

Free radicals are “molecules with one or more unpaired electron(s)”. They are unstable, reactive molecules and are able to oxidize nearby molecules to gain an electron, damaging adjacent cells. At physiological levels, free radicals are benefcial and assist in maintaining normal cell function. It is therefore essential that they be maintained at homeostatic levels.

Antioxidants are substances that inhibit oxidation. They scavenge free radicals and help maintain them at physiological levels, while staving off the pathological effects that may occur. When ROS levels are in excess and antioxidants are under strain to control them, an imbalance occurs, resulting in a state known as oxidative stress (OS). OS results from a reduction in antioxidant capacity, an increase in free radical concentrations, or a combination of the two. In this state, the production of peroxides is amplifed. These molecules then have the ability to damage all components of a cell, including lipids, proteins, and DNA.

The Source of ROS

Spermatozoa travel within a nourishing ﬂuid medium called seminal ﬂuid (or seminal plasma) as they migrate from the epididymis to the female genital tract. The constituents of this fluid originate from secretions produced by the testes, prostate, seminal vesicles, and Cowper’s glands. Seminal fluid also contains various other cell types: immature sperm cells, leukocytes, macrophages, and Sertoli cells. Of these cell types, immature spermatozoa and leukocytes are the main sources of endogenous ROS production.

Oxidative stress plays a crucial role in the onset and progression of AD pathogenesis. Brain is one of the most susceptible organs to oxidative damage due to the presence of high concentrations of oxidizable polyunsaturated fatty acids, a higher rate of oxygen consumption per unit mass, along with a relatively modest antioxidant defense system. The generation and accumulation of ROS within cells is detrimental and can exacerbate the disease progression. Therapeutic strategies are now being designed to prevent or slow down ROS-mediated damages in AD. Several antioxidants have shown promising results in reducing the elevated oxidative stress, preventing synaptic loss, astrogliosis, and increased Aβ burden associated with AD. However, there are several challenges that need to be addressed for effective utilization of therapeutic strategies targeting oxidative stress.

It is now well established that oxidative stress plays an important role in epilepsy. The existing findings indicate that reactive oxygen and/or nitrogen species (ROS and RNS) are involved in seizure-induced brain injury. They lead to mitochondrial dysfunction, evident particularly as a marked inhibition of respiratory chain complex I, detected both in humans and in several models of epilepsy in adult and immature animals. Other targets sensitive to oxidative damage are DNA, particularly mtDNA, and phospholipids of biological membranes. Oxidative stress also substantially affects the properties of the neurovascular units, increases the permeability of the blood-brain barrier, and alters the regulation of regional cerebral blood ﬂow. The fndings suggest that the redox status shifts to a more oxidized state and the persisting oxidized environment may favor oxidative posttranslational modifcations of sensitive targets, as discussed. Experimental data indicate that selected ROS and/or RNS scavengers can prevent or at least substantially attenuate seizure-induced ROS production, mitochondrial dysfunction, and brain injury associated with status epilepticus.

Inflammation can affect every hallmark of tumor development and prognosis as well as the response to therapy. In the NSCLC microenvironment, there is a complex interaction between immune cells and tumor cells as well as other stromal cell types and tissue components. The production of ROS/RNS is critical for normal aerobic metabolism and functioning of several events essential for the organism. Overpowered generation of ROS/RNS is likely to induce chronic inflammatory conditions that may lead to several deleterious effects in the cells. The increased levels of ROS are extensively involved in the mechanisms of chronic lung inﬂammation and thus contribute to the development of lung cancer. A better understanding of the role of ROS/RNS in lung inﬂammation and cancer is probable to inspire new strategies for lung cancer prevention and treatment.

Imbalance in the reactive oxidative system from inflammation plays a role in many disease processes, including CVD. Redox regulation and inflammation in tissue and cell environments with alteration of cellular function are also involved. Changes occur early in the timeline of development of overt clinical disease. The treatment of traditional cardiovascular risk factors through healthy lifestyle approaches, medications, and medical or surgical weight loss appears to have some impact on this negative inflammatory environment at many levels. Potential mechanisms for future interventions may also exist at the cellular level with respect to central signaling in the generation of ROS and redox balance.