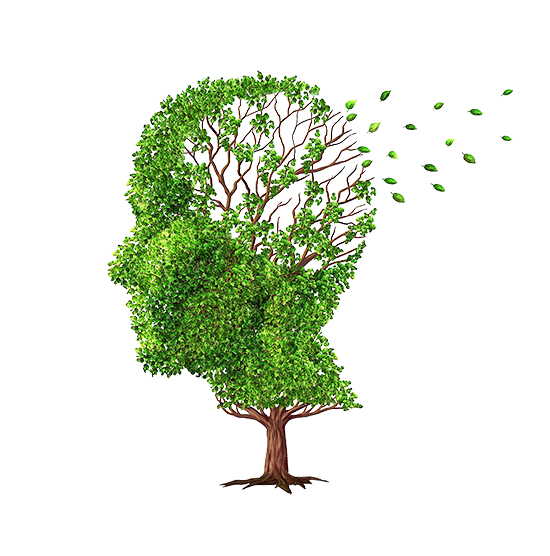 Alzheimer’s disease (or commonly known as AD), is a degenerative disease of the central nervous system characterized by progressive memory loss, cognitive impairment, and personality changes. It is also called Alzheimer-type dementia. Many patients became ill in the old age, and the course was slow and irreversible, featuring intelligence damage clinically. The most significant symptom at the early stage is forgetfulness. As the disease progresses, the patient gradually loses his/her language skills, spatial discrimination, and cognitive abilities, breaks away from society, stays in bed, and finally dies of infection and other complications.

However, the cause of the disease remains unknown. Some hypotheses have been established, such as inheritance, lentivirus infection, altered immune function, aluminum poisoning, neurotransmitter dysfunction, and cell changes. The course of the disease is related to fibroid amyloid plaque deposition and Tau protein in the brain. In addition, Alzheimer’s disease was first diagnosed in 1906 by German psychiatrist and pathologist Aros Alzheimer and hence got its name. With the prolonged average life span of human beings, the incidence of Alzheimer’s disease is on the rise, becoming one of the most serious diseases that endanger human health worldwide.

A group of scientists have conducted a market analysis on the Alzheimer’s prescription drugs to know more about this disease. Approximately 31,845 prescriptions were collected. According to statistics, the number of prescriptions for female patients is approximately 63.4%, and the number of prescriptions for male patients is approximately 36.6%. This shows that there are more female patients with Alzheimer’s disease than males, maybe partially because women often live longer than men. In addition, patients over the age of 60 (including male patients and female patients) account for more than 97% of the total prescriptions, which forcefully proves that the disease is closely related to age, with a higher incidence in the elderly. Although age is the most important known risk factor for the development of Alzheimer’s disease, it doesn’t mean Alzheimer’s is an unavoidable consequence of aging. Actually, dementia does not affect the elderly alone as the WHO once reported that as many as 9% of cases develop dementia when they are young (i.e., symptoms occur before the age of 65).

Through in-depth analysis of sample prescription data, it is found that drugs used to treat Alzheimer’s disease are mostly chemical drugs, accounting for 94.8 % of the total amount, followed by proprietary Chinese medicines, accounting for approximately 4.7 % of the amount, and the proportion of drugs in biological products accounted for only 0.5 %. In addition, the dosage forms for the top three drugs used in medicines were tablets (70.0 %), capsules (16.5 %) and injections (10.1 %), while the other dosage forms accounted for less than 5.0 %. Of the top 10 drugs that are used, Memantine ranks first, accounting for approximately 30.8 %, followed by Donepezil, which accounts for approximately 23.7 % of the total amount, and Oxiracetam being the third, accounting for 7.9 %. Memantine is an N-methyl-d-aspartate receptor antagonist that can improve the cognitive function of patients with moderate to severe Alzheimer’s disease. Donepezil, as a cholinesterase inhibitor, can improve the cognitive and memory impairment of some patients to a certain degree. Taken once daily, Donepezil becomes the first-line drug for its high tolerance, but it can cause nausea or diarrhea.

In addition to medications that are necessary, home treatment and care are also very important for Alzheimer’s patients. Their spouse and children should do their best so that patients can enjoy their old age. This plays an important role in delaying the development of the patient’s condition and improving the patient’s quality of life. According to reports on Neurophysiology, people with high levels of vitamin have a 73% lower risk of brain atrophy than people with low vitamin levels. Adding enough vitamin B12 can prevent the elderly from having a reduced brain volume and eventually prevent Alzheimer’s disease. Some studies have shown that there is a link between the development of cognitive impairment and lifestyle-related risk factors common to other non-communicable diseases. These risk factors include lack of physical inactivity, obesity, unhealthy diet, tobacco use, harmful use of alcohol, diabetes, and middle-age hypertension.

Experts pointed out that to prevent Alzheimer’s disease, early actions should be taken, starting with the control of metabolic diseases such as hyperglycemia, hyperlipidemia and high blood pressure, reducing the intake of high-fat, high-calorie diets, effectively controlling body weight and exercising regularly. A healthy lifestyle actively prevents the occurrence of metabolic diseases. Once suffering from the above diseases, it is necessary to seek medical treatment in a timely manner, and rational use of drugs, strictly control the abnormal indicators are all necessary. Other risk factors that may cause Alzheimer’s include depression, low levels of education, social isolation, and lack of cognitive activity.

← The source and related diseases of vitamin D
What Is Immunocytochemistry? →