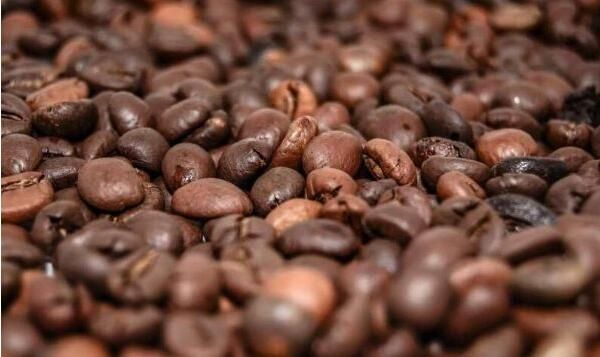 Caffeine, a xanthine alkaloid compound, is a central nervous system stimulant that effectively drowsiness and helps regain energy and is clinically used to treat neurasthenia and coma. In recent years, scientists have done a lot of research on the correlation between caffeine and body health. Some researchers have found that the use of caffeine in blood can help diagnose Parkinson’s disease. So what are the uses of caffeine? In this article, we conducted an inventory of relevant research results in recent years and shared it with everyone.

Testing the level of caffeine in the blood may provide a simple way to aid the diagnosis of Parkinson’s disease, according to a study published in the January 3, 2018, online issue of Neurology®, the medical journal of the American Academy of Neurology. The study found that people with Parkinson’s disease had significantly lower levels of caffeine in their blood than people without the disease, even if they consumed the same amount of caffeine.

Caffeine consumption may prolong the lives in patients with chronic kidney disease (CKD), according to a study that be presented at ASN Kidney Week 2017 October 31-November 5 at the Ernest N. Morial Convention Center in New Orleans, LA.

The team found a dose-dependent inverse association between caffeine and all-cause mortality. Compared with those in the lowest quartile of caffeine consumption, those in the second, third, and highest quartiles had 12%, 22%, and 24% lower risks of dying. The study showed a dose-dependent protective effect of caffeine consumption on mortality among patients with CKD. This association was independent of potential confounders including age, gender, race, annual family income, education level, estimated GFR, albumin/creatinine ratio, hypertension, smoking status, dyslipidemia, body mass index, previous cardiovascular events and diet: consumption of alcohol, carbohydrates, polyunsaturated fatty acids, and fibers.

A new study from scientists on the Florida campus of The Scripps Research Institute (TSRI) offers important insights into possible links between sleep and hunger—and the benefits of studying the two in tandem. A related paper from the same lab is providing researchers an accessible tool for pursuing further investigations involving multiple fruit fly behaviors.

Caffeine is known to stave off sleep in humans through pharmacological effects on the adenosine receptor. Nonetheless, many studies in mammals have shown genetic differences in responses to caffeine. Interestingly, caffeine apparently can prevent sleep in fruit flies despite the fact that it doesn’t act through their adenosine receptor.

A new study finds that caffeine may protect the lungs from damage caused by prolonged oxygen therapy, such as oxygen supplementation given to premature babies. The article is the first of its kind to study the positive effects of caffeine on the lungs’ minute tissue structures.

Long-term oxygen therapy increases oxidative stress in the endoplasmic reticulum (ER), a network of membranes involved in protein building. The increase in ER stress leads to inflammation and problems with the formation of too few blood vessels and air sacs in the lungs. Researchers from the Medical College of Wisconsin studied two groups of rat pups that were exposed to more than 90 percent oxygen to simulate the type of oxygen therapy commonly used with premature newborns. One group was treated with caffeine injections (“caffeine”), and one was not (“high-oxygen”). The two groups were compared to a control group of pups that were exposed to normal room air only. Researchers describe the way in which caffeine minimizes the ER stress response in rats as a “groundbreaking observation.” It’s hopeful that caffeine treatment can reduce stress and protect the blood vessels and air sacs of premature infants who rely on oxygen in their earliest days.

5. Caffeine boosts enzyme that could protect against dementia

A study by Indiana University researchers has identified 24 compounds-including caffeine-with the potential to boost an enzyme in the brain shown to protect against dementia. The protective effect of the enzyme, called NMNAT2, was discovered last year through research conducted at IU Bloomington.

This work could help advance efforts to develop drugs that increase levels of this enzyme in the brain, creating a chemical ‘blockade’ against the debilitating effects of neurodegenerative disorders. Previously, researchers found that NMNAT2 plays two roles in the brain: a protective function to guard neurons from stress and a “chaperone function” to combat misfolded proteins called tau, which accumulate in the brain as “plaques” due to aging. The study was the first to reveal the “chaperone function” in the enzyme.

A team of researchers from the University of Saskatchewan has developed two caffeine-based chemical compounds that show promise in preventing the ravages of Parkinson’s disease. The team focused on a protein called α-synuclein (AS), which is involved in dopamine regulation. In Parkinson’s sufferers, AS gets misfolded into a compact structure associated with the death of dopamine-producing neurons. Worse, AS appears to act like a prion disease. In prion diseases, one mis-folded protein triggers mis-folding in others, spreading like falling dominos.

Many of the current therapeutic compounds focus on boosting the dopamine output of surviving cells, but this is effective only as long as there are still enough cells to do the job. The study aims to protect dopamine-producing cells by preventing α-synuclein from mis-folding in the first place.

7. Caffeine and its analogues counteract memory deficits by normalizing stress responses in the brain

A study published in the journal Scientific Reports from Nature Publishing Group, describes the mechanism by which caffeine counteracts age-related cognitive deficits in animals.

The study showed that the abnormal expression of a particular receptor-adenosine A2A, a target for caffeine-in the brain of rats induces an aging-like profile: namely, memory impairments linked to the loss of stress controlling mechanisms.