COVID-19 is still raging around the world. However, so far there is no clinical evidence that any drug is effective for COVID-19 patients. Remdesivir is one of many coronavirus treatment drugs being tested, and is currently considered one of the most promising drugs, regarded as “the hope of the people”. 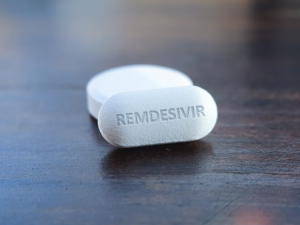 Remdesivir is administered intravenously, designed to interfere with the virus’s ability to replicate its genetic material. In animal experiments against SARS and MERS (diseases caused by similar coronaviruses), this drug helps prevent infections, and it is used early in the course of the disease to reduce the severity of symptoms. Some cell-level and animal-level studies have shown that remdesivir can inhibit SARS-CoV-2 replication.

Gilead announced the results of a placebo-controlled phase 3 clinical trial (SIMPLE) conducted by the National Institute of Allergy and Infectious Diseases (NIAID) to use remdesivir to treat severe COVID-19 patients on April 29, a total of 397 patients participated in this study, the results show that the 10 days remdesivir treated patients compared with patients treated for 5 days remdesivir, made a similar improvement in clinical state.

On April 29, Anthony Fauci, director of the National Institute of Allergy and Infectious Diseases (NIAID), announced that a clinical trial of more than 1,000 people showed that those taking remdesivir recovered in an average of 11 days, compared with 15 days for those taking a placebo. Fauci said: “Although the 31% improvement does not look as good as 100%, this is a very important proof of concept. It has been proven that a drug can stop this virus.” He said, participants in the trial who took the drug also had lower death rates, but the trend was not statistically significant. However, the shortened recovery time is very important, which is enough for the researchers to decide to stop the trial in advance for moral reasons, to ensure that those taking placebo can now use the drug. Fauci added that remdesivir will become the standard treatment for COVID-19.

The manufacturer of the drug, Gilead Sciences in Foster City, California, conducted a trial. Of the 400 patients with severe COVID-19, more than half recovered within two weeks of receiving treatment. But this study lacks a placebo control, so the results are difficult to interpret. Another smaller trial conducted in China found that remdesivir had no benefit compared to placebo. But because it was difficult to recruit participants after the Chinese epidemic subsided, the trial was terminated early. Nevertheless, people hope that the large-scale NIAID trial will bring a silver lining to the competition to find anti-coronavirus drugs. Coronavirus has infected more than 3 million people worldwide.

With so much uncertainty, observers of the remdesivir project are anxiously waiting for the final result of the NIAID trial, which was previously expected to be announced until the end of May. It may take more than a year for the vaccine to be developed, and effective treatments are essential to reduce deaths and limit the economic losses caused by influenza pandemics. However, despite a large number of small clinical trials, none of the therapies have been convincingly proven to improve the survival rate of COVID-19 patients.

Remdesivir works by destroying an enzyme. Some viruses, including SARS-CoV-2, are used to replicate this enzyme. In February of this year, researchers discovered that the drug could reduce viral infections in human cells grown in the laboratory. Gilead started to increase the production of remdesivir long before the NIAID results came out. By the end of March, the company had produced enough drugs to treat 30,000 patients. By simplifying its production process and finding new sources of raw materials, Gilead announced that it hopes to produce enough remdesivir by the end of this year to treat more than 1 million people. This calculation is based on the assumption that people take the drug for 10 days, but Gilead ’s test results published today show that a 5-day course of treatment can also achieve the same effect. Porges said that if this is the case, it will effectively double the number of people who can be treated.

Many other treatments are being tested in humans, and many researchers are experimenting to find new drugs. Sheahan and his colleagues found a compound in human cells grown in the laboratory that is active against SARS-CoV-2 and other coronaviruses, including a variant of coronavirus that is resistant to remdesivir. However, more tests are needed before this compound is used in humans. He said: “What we are doing now is expected to have an impact on the current influenza pandemic. But perhaps more importantly, it will allow us to respond better and faster in the future.”

3. Gilead drug proves effective against coronavirus in US study (Update)