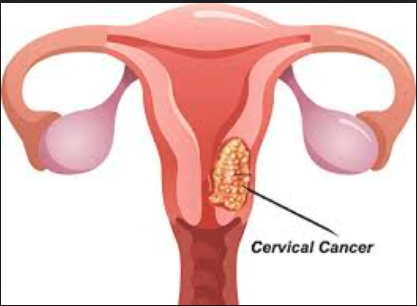 What is cervical cancer?

Cervical cancer begins with abnormal changes in the cervical tissue. The risk that cause the disease is usually related to: HPV is estimated to be the most common sexually transmitted infection in the United States. In fact, by age 50 approximately 80% of women have been infected with some type of HPV.

How to treat cervical cancer?

Surgery and concurrent chemoradiotherapy can cure 80%-90% of patients with early stage cervical cancer, but there is no satisfactory treatment for locally advanced and recurrent metastatic cervical cancer.

In recent years, the vigorous development of molecular targeted drugs has provided a new way for the treatment of advanced malignant tumors, and has also achieved certain results in the treatment of cervical cancer.

EGFR is a transmembrane glycoprotein with tyrosine kinase activity. Once combined with epidermal growth factor (EGF), it activates genes involved in the nucleus to promote cell division and proliferation. The EGFR signaling pathway is involved in controlling cell survival, proliferation, angiogenesis, cell movement, cell invasion and metastasis, and overexpression in most tumors.

In invasive cervical cancer, HPV infection is associated with decreased regulation of the PI3K-AKT-mTOR signaling pathway. mTOR inhibitors can reduce the expression of mTOR/4EBP1 in cells, reduce the mTOR activity of HPV-positive cervical cancer cells and the tumor burden of transplanted tumors.

Cyclooxygenase is the rate-limiting enzyme in the synthesis of prostaglandins from arachidonic acid. COX-2 is an inducible enzyme that is up-regulated when cells are stimulated by various inducing factors. Celecoxib is a COX-2 inhibitor, but there is no significant advantage in clinical treatment of cervical cancer and side effects are higher than expected.

HDACIs inhibit the proliferation of tumor cells, induce cell differentiation and/or apoptosis by increasing the degree of acetylation of intracellular histones and increasing the expression levels of tumor suppressor genes p21, p53, etc.

In addition to the above drugs, there are many types of inhibitors in clinical research. Although molecular targeted therapy has a good effect in the treatment of some solid cancers such as lung cancer, the clinical evaluation of cervical cancer treatment has just started. With the deepening of research on the molecular targets of cervical cancer, new targeted therapies will continue to emerge, bringing new hope to patients.

← Cardiovascular diseases
2018 Nobel Prize in Chemistry: The Power of Evolution →