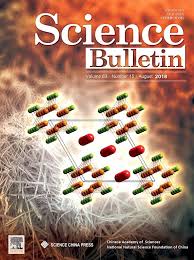 Inflammation is a self-limiting, localized response to any tissue injury or trauma caused by wounding or infection, and is characterized by redness, heat, pain and swelling (rubor, calor, dolor, tumor). This acute response is aimed at healing the affected tissue by the induction of an extensive network of chemical signals which in turn triggers host innate and adaptive immune responses. The initial production of tumor-necrosis factor α (TNFα) promotes the inflammatory response and results in some of the cardinal signs of inflammation. There are two common types of anti-inflammatory drugs: one is a steroidal anti-inflammatory drug, and the other is a non-steroidal anti-inflammatory drug (NSAIDs). Different types of NSAIDs have the same mechanism of action. They inhibit the final production of prostacyclin (PGI1), prostaglandins (PGE1, PGE2) and thromboxane A2 (TXA2) by inhibiting the activity of cyclooxygenase.

In a new study, a multidisciplinary team led by the Karolinska Institute in Sweden developed an anti-inflammatory drug molecule with a new mechanism. By using this anti-inflammatory drug molecule to inhibit proteins, they are able to reduce the signs of inflammation. The results of the study were published in the November 16th issue of Science, entitled “Small-molecule inhibitor of OGG1 suppresses proinflammatory gene expression and inflammation”. The author of the paper is Professor Thomas Helleday of the Department of Oncology and Pathology at the Karolinska Institute and Istvan Boldogh of the Medical Division of the University of Texas at Galveston. Fig 1. The chemical structure of several OGG1 inhibitors involved in this study

The discovery was the result of years of research by the Helleday team on how the body repairs DNA. One of the goals is to fight cancer by targeting the damage suffered by tumor cell DNA. Several breakthroughs have been reported in this area, including the use of so-called PARP inhibitors for the treatment of congenital breast and ovarian cancer, which has been around for many years. In the process of developing new molecules that inhibit an enzyme which repairs oxidative damage of DNA, researchers are surprised to find that this new molecule also inhibits inflammation. They confirmed that this enzyme, called 8-oxoguanine DNA glycosylase 1, OGG1, triggers inflammation in addition to repairing DNA.

Specifically, inflammation, at its onset and throughout its progress, is associated with generation of reactive oxygen species, causing damage to DNA in particular at guanine-rich promoters. OGG1 binding to oxidized guanines at promoter regions facilitates recruitment of downstream transcription factors that drive proinflammatory gene expression, and a cellular inflammatory response. In the presence of TH5487, OGG1 can no longer interact with DNA substrates in promoters, so proinflammatory gene expression is inhibited, and the cellular inflammatory response is prevented. This is translated into a reduced neutrophil infiltration in mouse lungs challenged with TNFα or LPS, demonstrating that OGG1 inhibition may be a potentially useful strategy for the treatment of inflammation.

Helleday said, “This discovery may bring new treatments for very serious diseases. We are now developing our OGG1 inhibitor and studying whether it can lead to new therapies for the treatment of inflammatory diseases in order to cure or relieves sepsis, chronic obstructive pulmonary disease (COPD) and severe asthma.”

In the drug discovery industry, efforts to find and develop small molecule-based pharmaceutical agents for combating inflammation and autoimmune related disorders are increasing. A few years ago, the first oral treatment of rheumatoid arthritis, a small molecule JAK kinase inhibitor was launched. The focus on other targets of anti-inflammatory drugs is not only to treat patients with inflammation, but more importantly to better understand the diseases involved in inflammation and autoimmune by accumulating scientific knowledge of the myriad of intracellular molecules.

← The development of TRK inhibitors
Toll-like receptors: Roles in disease and therapy →