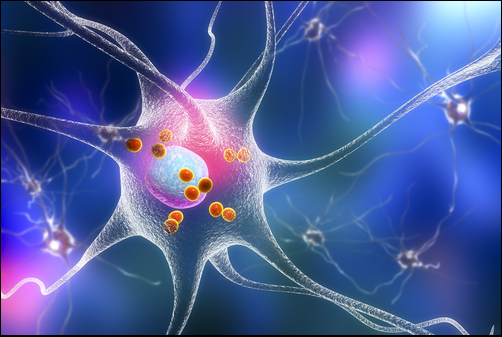 Parkinson’s disease (or PD) is a major neurodegenerative disease, characterized by the gradual dying of neurons in the motor center of the patients, which further results in tremors and loss of motor ability. Because neurons of PD patients die and there is a blood-brain barrier around the brain to prevent pathogens from invading the brain, it is generally believed that the root cause of PD is a certain abnormality starting in the brain. However, recent research from the St. Jude Children’s Research Hospital in the United States shows that the initial cause of the pathological process of PD may not be in the brain but in the immune response of the peripheral immune system to common infections. The relevant research findings were published in the scientific journal Brain.

Although the pathogenesis of PD is not yet clear, there have been studies showing that gene mutations may increase the risk of PD in carriers. One of the most common causes of inherited PD is mutations in the LRRK2 gene, which are found in 40% of North African Arab descendants and 18% of Ashkenazi Jewish descendants. However, the LRRK2 gene mutation itself is not enough to cause PD.

“We know that twins who both carry the LRRK2 gene mutation won’t both necessarily develop Parkinson’s in the end,” said Elena Kozina, a postdoc at Jefferson (Philadelphia University and Thomas Jefferson University). “Apparently, a second ‘hit’ or initiating event is needed here.”

Dr. Richard Smeyne, who is responsible for this research, has found in his earlier work that the flu might increase risk of Parkinson’s disease, so he decides to investigate whether that second hit came from an infection.

When the bacteria infects the human body, the body’s immune system recognizes invading foreign pathogens and produces an immune reaction against the infection. One of the ways the immune system recognizes foreign bacteria is by identifying the lipopolysaccharide (LPS) that makes up the bacterial cell wall. Although LPS can activate peripheral immune cells, it cannot enter the brain through the blood-brain barrier itself, and the activated immune cells do not migrate into the brain. So this made it ideal for testing whether this second hit was acting directly in the brain.

When the researchers gave the bacterial fragments to the mice carrying the two most common LRRK2 gene mutations, they found that the mice’s immune reaction became a cytokine storm. The inflammatory mediators rose to levels that three to five times higher than a normal reaction to LPS. Researchers also found that these inflammatory mediators were produced by T and B immune cells expressing the LRRK2 mutation. In spite of the fact that LPS cannot cross the blood-brain barrier, some elevated cytokines were able to enter the brain, creating an environment that caused the microglia to activate pathologically.

“Previously we knew that microglia in the brain can cause inflammation, and in patients with PD, inflammation will ultimately destroy the brain area responsible for movement,” said Dr. Richard Smeyne. “But we are not very clear about how the common genetic mutation is involved in that process, and how mutations affect microglia function.” The findings of this study link LRRK2 gene mutations and pathological activation of microglia to abnormal responses to infection by the peripheral immune system.

“Although more tests are needed to prove the link, as well as testing whether the same occurs among human beings, at least these findings give us a new way to think about how these gene mutations might cause Parkinson’s disease,” said Dr. Richard Smeyne. “Although we can’t treat people with immunosuppressants to prevent the disease in their whole lives, we might possibly find other interventions effective at reducing the chance of developing PD, if this mechanism is confirmed.”