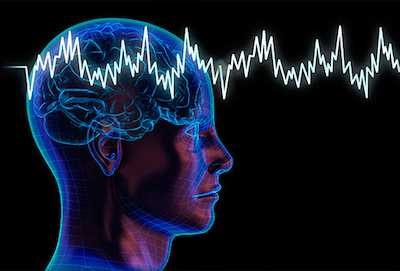 December 7, 2017 – Insomnia might be an early sign of disorder for brain-associated diseases, according to the latest findings published in the neurological journal The Lancet Neurology. Researchers from Aarhus University have recently studied the condition of the dopamine producing nerve cells in the brain and cells that participate in the brain’s immune system in people suffering from the sleep disorder rapid eye movement sleep behavior disorder, namely RBD.

The study shows that patients with RBD are at risk of developing Parkinson’s disease or dementia when getting older, because of the lack of dopamine in their brains. Early researches have already discovered that Parkinson’s disease occurs precisely when the group of nerve cells in the brain that produce dopamine stop working.

The distinguishing characteristic of RBD sleep disorder is restless sleep when dreams take place frequently. While compared with healthy people who are relaxed during dream sleep, people suffering from RBD often have abnormal conducts such as hitting out, kicking and shouting.

As revealed by Morten Gersel Stokholm (one of the researchers), the surrounding areas near the dopamine-producing nerve cells are found to be inflamed in the brain of these patients. This is completely new knowledge, as researchers didn’t discover such phenomenon before. It is believed that this study, together with other related findings, would help determine which patients with the sleep disorder later are more likely to develop Parkinson’s disease. In another sense, this also provide some clinical implications for researchers to develop drugs to stop or slow the development of the diseases.

Parkinson’s disease are quite usual among people aged form 50 to 70. Generally speaking, men are more likely to get this disease than women. Up till now, there are roughly 7, 300 Parkinson’s disease patients in Denmark. Symptoms are slow movements, shaking bodies a lot as well as muscular rigidity. Parkinson’s disease is a chronic condition that deteriorates over time and is more commonly seen in men than in women. According to early findings, lacks of dopamine in the brain could cause Parkinson’s disease. Adults are primarily affected, and the first signs most often appear between the ages of 50-70.