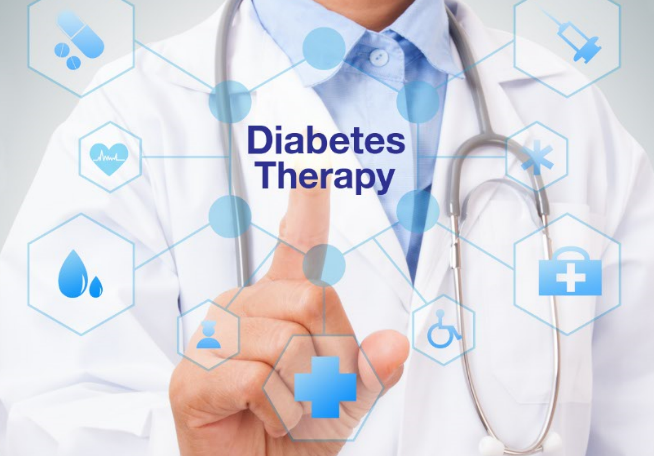 The once-weekly semaglutide is approved for use in 2 therapeutic dosages: 0.5 mg and 1 mg. It should be administered once weekly via a dedicated prefilled pen device, on the same day each week, and can be taken any time of the day, with or without meals.

Type 2 diabetes is a complex disease that remains one of the greatest challenges in terms of both health and economic costs. Increased insulin resistance coupled with progressive beta-cell failure are essential components of the pathogenesis of the disease, which is associated with multiple morbidities. Glucagon-like peptide-1 (GLP-1) receptor agonists (RAs) have gained recognition in recent years for the treatment of type 2 diabetes. In clinical trials, GLP-1 RAs were associated with reductions in glycated haemoglobin (HbA1c), fasting plasma glucose and body weight, with the most frequently observed side-effects being nausea, vomiting and diarrhoea.

Semaglutide is a GLP-1 analogue for the treatment of type 2 diabetes. Semaglutide has 94% homology to native GLP-1, with structural modifications that make semaglutide less susceptible to degradation by dipeptidyl peptidase-4 (DPP-4) enzymes. Moreover, the modifications improve the specific high-affinity binding to albumin, which slows down the degradation of semaglutide in plasma and results in decreased renal clearance. The structural modifications prolong the half-life of semaglutide to approximately 1 week, making it appropriate for once-weekly administration. Native GLP-1 is rapidly metabolized by enzymes such as DPP-4, which is found in many tissues and cell types. Clearance of native GLP-1 and its metabolites is largely mediated via the kidneys and, in general, GLP-1 RAs require no dose adjustment for hepatic impairment. In humans, semaglutide is metabolized via proteolytic cleavage of the peptide backbone and sequential beta-oxidation of the fatty acid chain, with no single organ acting as the major route of elimination. Semaglutide degradation products are excreted via urine and faeces, implying at least partial involvement of the liver in semaglutide elimination; therefore, impaired hepatic function may affect the pharmacokinetics of semaglutide. Moreover, semaglutide binds to albumin and the concentration of albumin may be lower in subjects with hepatic impairment than in those with normal hepatic function.

The trial program consisted of 8 phase 3a trials, including more than 8000 adults with type 2 diabetes, some with high cardiovascular risk profiles and those with and without renal disease, according to Novo Nordisk. In the trial, patients with type 2 diabetes taking the medication demonstrated clinically meaningful and statistically significant reductions in HbA1c, compared with a placebo, sitagliptin, exenatide extended-release, and insulin glargine U100. Due to its high albumin binding and long half-life, semaglutide is appropriate for once-weekly dosing, which could potentially improve patient adherence. It works by stimulating insulin and suppressing glucagon secretion in a glucose-dependent manner.