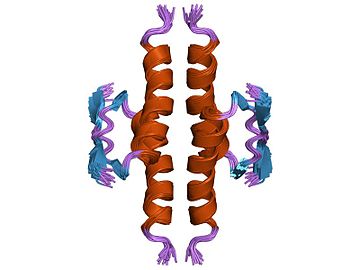 P53 is a well-known human anticancer protein, known as the guardian of the human genome. Wild-type p53 (WTp53) are widely found in nature. Recently, scientists from the University of California found that WTp53 may promote tumorigenesis rather than inhibit tumorigenesis in certain cases, and the findings published in the international journal Cancer Cell, which explain an established paradox. Although p53 is mutated in more than 50% of human cancers, mutations do not occur frequently in specific human cancers, such as liver cancer. In the study, the researchers found that WTp53 stimulates tumor growth by promoting cancer metabolism, the key of which is a protein called PUMA (p53 positive apoptosis regulator), which plays a role in mitochondria. At the appropriate level, PUMA can interfere with the normal function of mitochondria and promote the transition from oxidative phosphorylation to glycolysis. High express levels of PUMA are correlated with decreased mitochondrial pyruvate uptake and increased glycolysis in HCCs and poor prognosis of HCC patients. These findings are instrumental for cancer drug discovery aiming at activating WtP53 or restoring WTp53 activity to p53 mutants. Professor Xu, a researcher, said that it is now widely accepted that p53 inhibits cancer, but in this study scientists found that in some cancers, p53 has the opposite effect, that is, to promote cancer. P53 does inhibit tumorigenesis by reducing the oxidative phosphorylation of genomic toxins, but once the tumor is formed, p53 may enhance tumor progression. In this article, researchers studied cell samples, mouse models and human patients and found that p53 actually had the same function, but played two completely opposite roles under two different conditions.
In summary, WTp53 appears to be important to maintain cancer metabolism in human cancer cells with higher OXPHOS activity such as HCC cells but is dispensable for human cancer cells that have little mitochondrial activity and derive most of their energy from glycolysis. The results of this study may provide a warning that drug therapy that enhances p53 function in cancer patients may inadvertently have the opposite effect. The role of WTp53 may solve several long-standing problems in p53 biology, and it may also help researchers develop new cancer treatments. Especially in p53 mutated cancer, human cancer can be effectively eliminated by activating WTp53 or restoring its function.