Most of us are infected with coronavirus at least once in our lives. This may be a worrying fact for many people, especially those who have only heard of the coronavirus SARS-CoV-2. SARS-CoV-2 is not the only coronavirus. Coronaviruses are actually a family of hundreds of viruses. Most of them infect animals, such as bats, chickens, camels, and cats. Sometimes, viruses that infect one species mutate and begin to infect another species. This is called “cross-species transmission” or “spillover effect”.

The first coronavirus was found in chickens in the 1930s. It took decades for humans to discover the human coronavirus for the first time in the 1960s. So far, seven coronaviruses have the ability to cause disease in humans. Four are endemic (usually found in a specific population or area) and usually cause mild diseases, but three can cause much more serious or even fatal diseases. 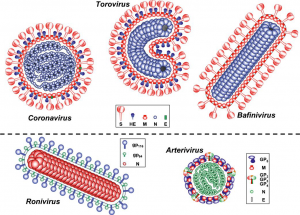 Coronaviruses are found all over the world. About 10-15% of common colds are caused by coronaviruses, most of which occur in winter. The coronaviruses that cause mild to moderate diseases in humans are called 229E, OC43, NL63, and HKU1.

The coronaviruses that can infect humans are 229E and OC43 for the first time. These two viruses usually cause common colds and rarely cause serious diseases. They are usually found at the same time as other respiratory infections. When multiple viruses or viruses and bacteria are found in a patient, this is called a co-infection and can lead to a more serious disease.

In 2004, NL63 was first detected in infants with bronchiolitis, a lower respiratory tract infection, in the Netherlands. The virus may have been around for hundreds of years, but we didn’t find it until then. A year later, another coronavirus was found in Hong Kong-this time in an elderly patient with pneumonia. It was later named HKU1 and was found in people around the world.

But not all coronaviruses can cause mild diseases. Severe acute respiratory syndrome (SARS) caused by SARS-CoV was first discovered in November 2002. The outbreak was not confirmed until 2003 when the Canadian National Microbiology Laboratory confirmed the genome of the virus. SARS has many similarities with current influenza. Older people are more likely to suffer from serious diseases, including fever, cough, muscle pain, and sore throat. But if you are infected with SARS, you are much more likely to die. Of the last reported cases from 2002 to 2014, 774 died.

So why didn’t SARS or MERS cause a pandemic? The R0 of SARS and SARS-CoV-2 is about 2 or 3 (although some people have recently estimated that R0 of SARS-CoV-2 is about 5), which means that each infected person may infect 2 or 3 people. The symptoms of SARS are more severe, so it is easier to identify and isolate patients.

One of the main challenges in controlling SARS-CoV-2 outbreaks is that symptoms can be very mild-some people don’t even show any symptoms at all-but they can still be transmitted to others. SARS-CoV-2 is not as deadly as SARS or MERS, but because it can spread undetected, it will infect and kill more people than any coronavirus we encounter. It is not clear what changed the virus, making it so easy to infect humans. However, in view of the fact that there are three major diseases in the coronavirus family-SARS, MERS and COVID-19 in the past 20 years, it is likely that this is not the last time that coronaviruses infect humans and cause new disease outbreaks, we must continue to conduct in-depth research.

← Nat Med: disaster comes from the nose! SARS-CoV-2 can invade the body through key nasal cells!
US clinical trials prove that remdesivir is effective in treating COVID-19! →