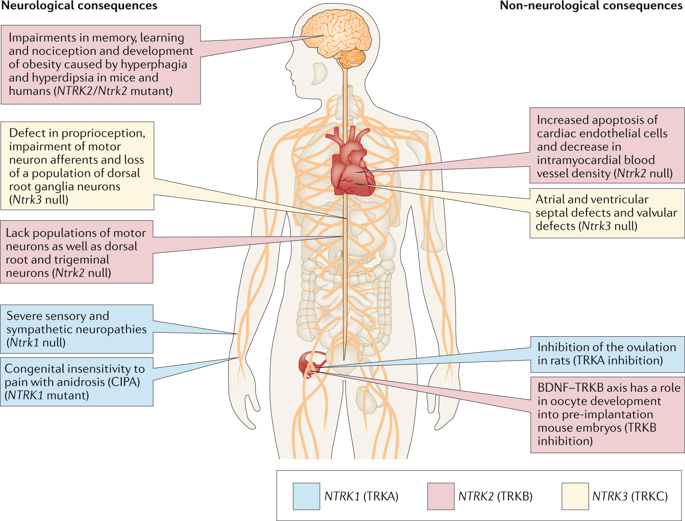 Cancer treatment has entered the era of precision medicine, and an important feature of precision medicine is the selection of targeted drugs based on the patient’s tumor characteristics. In the era when targeted drugs were first introduced, patients were often diagnosed according to different diseased tissues, such as drugs for treating breast cancer, lung cancer or liver cancer. Only one type of patient was recruited during clinical trials. Drug indications are also limited to molecular subtypes of a certain type of cancer when approved. This approach has its advantages in the early days of precision medicine, which can improve research efficiency and maximize the return of resources.

However, with the development of clinical sequencing technology, more and more cancer related genes have been discovered, which are often found in many cancers, for example, gene fusion including RET, FGFR1, FGFR2, FGFR3 and mutations in genes such as MET, ERBB2, PIK3CA, and AKT. Nowadays, if the therapy for these targets is limited to a certain type of cancer, a clinical trial of a single tissue step by step may cause waste of time and resources.

Therefore, there is a “basket trial”, instead of selecting the patient according to the cancerous tissue, the patient is selected according to the driving gene of the tumor. In such tests, clinical trials of neurotrophin receptor tyrosine kinase genes NTRK1, NTRK2 or NTRK3 are excellent examples. Studies have shown that they can achieve good anti-cancer effect in different tissues and cancers by inhibition of kinase activity. Recently, Nature Reviews Clinical Oncology has performed an inventory of NTRK fusion-positive tumors and TRK inhibitor therapy. The BOC Sciences1 team will share this with readers in this article.

NTRK1 was first identified as an oncogene in 1982 by Mariano Barbacid and colleagues during gene transfer assays aimed at identifying genes with transforming capacities present in human tumour specimens. Specifically, the cDNA of the oncogene identified contained sequences of a nonmuscle tropomyosin fused to sequences of a putative receptor tyrosine kinase. In 1991, scientists discovered that TRKA is expressed in the nervous system and can be phosphorylated by nerve growth factor (NGF). Based on this understanding, scientists have further discovered the same family of TRKB and TRKC. All TRK proteins have a similar extracellular domain structure, but each has a different ligand (although there are also crossovers): NGF binds to TRKA, brain-derived neurotrophic factor (BDNF) and neurotrophin 4 (NT-4) in combination with TRKB, neurotrophin 3 (NT-3) binds to TRKC. The neurotrophin receptor tyrosine kinase genes NTRK1, NTRK2 and NTRK3 encode TRKA, TRKB and TRKC proteins, respectively, which are tyrosine kinases, collectively referred to as TRK family proteins. The type and amount of neurotrophic factors and their receptors are critical for maintaining neuronal homeostasis. Fig 1. Timeline of key advances relating to the biology and therapeutic targeting of TRK signaling.

TRK biology and signaling in the nervous system Fig 2. TRK biology and signaling in the nervous system

TRK pathway signaling has crucial roles in neuronal development and differentiation. Gene expression studies have shown that the NTRK gene is mainly expressed in the nervous system, and it is expressed in both embryonic development and adulthood. When activated by signal induction, TRK can auto-phosphorylate and activate downstream signaling pathways to achieve various physiological functions. The downstream signaling molecules of TRK include SHC, FRS2, PLCγ, MAPK, PI3K and PKC. Most of these signal molecules are closely related to cell energy exchange, survival and proliferation. Thus, the signaling pathways activated by TRK proteins and p75NTR upon neurotrophin stimulation can affect many diverse neuronal functions, including the survival and differentiation of neurons, synapse formation and plasticity, membrane trafficking, and axon and dendrite formation. TRK overexpression has been reported in a variety of cancers, including breast, cutaneous and lung cancers, neuroblastoma, cylindroma and others. It is conceivable that if TRK function is dysfunctional, the physiological function of cells may be get out of control and even become cancer cells.

Expression and activation of TRK in cancer

There are a number of reasons that can cause dysfunction of the TRK protein and even cause disease:

The TRK family of proteins is a tyrosine kinase that inhibits cancer growth if it inhibits kinase activity. There are a number of tyrosine kinase inhibitors (TKIs) against TRKA, TRKB and TRKC. These drugs can be broadly divided into two categories, one is a broader spectrum of tyrosine kinase inhibitors which can inhibit multiple kinases simultaneously, such as entrectinib, crizotinib, cabozantinib, lestaurtinib, altiratinib, foretinib, ponatinib, nintedanib, merestinib, MGCD516, PLX7486, DS-6051b and TSR-011. Another class of drugs specifically inhibits TRK, such as Larotrectinib. Entrectinib and larotrectinib are furthest along in clinical development. Entrectinib is an orally available pan-TRK inhibitor with additional activity against ROS1 and ALK99. Larotrectinib is a potent and highly selective inhibitor of all three TRK proteins. The US FDA has granted larotrectinib orphan drug qualifications and breakthrough therapy approvals and will make an approval decision this month. If approved, the drug will be used to treat adult and pediatric patients with high grade or metastatic solid tumors, and their tumors contain NTRK gene fusion. In order to treat NTRK fusion tumors better, Loxo also announced earlier this year that cooperating with Illumina to develop a tumor gene sequencing panel as companion diagnosis. Using next-generation sequencing (NGS) technology, doctors can quickly and accurately identify the molecular characteristics of a patient’s tumor to select the most appropriate targeted drug, which will bring great clinical benefits to precision medicine.

Fig 3. Structure of some TRK inhibitors For targeted therapy, the more difficult problem is that patients will develop drug resistance after a period of time. At present, in some patients receiving TRK inhibitor therapy, TRK has been found to have mutations at the kinase site, leading to secondary drug resistance in cancer cells, including colon cancer, MASC, etc. Scientists have discovered that these new mutations can make entrectinib and larotrectinib unable to bind to the kinase, leading the drug invalid. However, for these drug-resistant tumors, some TKI (cabozantinib, ponatinib, foretinib and nintedanib) still have a strong inhibitory effect, so patients still have treatment options. In order to solve the problem of acquired resistance, the next generation of TRK inhibitors have been developed, including LOXO-195, TPX-0005 and ONO-5390556, etc, which have exhibited excellent inhibitory effects on TRK in vitro.

NTRK fusion gene mutations are a cancer driver for a variety of adult and pediatric patients. In the era of precision medicine, doctors can perform comprehensive nucleic acid-based analysis and protein-based immunohistochemical analysis to examine the molecular characteristics of patients with cancer. The first-generation TRK inhibitors, larotrectinib and entrectinib have demonstrated anti-cancer activity in a population of patients carrying NTRK fusion mutations of different ages and different cancerous tissues. Although acquired resistance to TRK inhibitor treatment remains a continuing challenge, second-generation TKI has the potential to address some of the resistance issues.