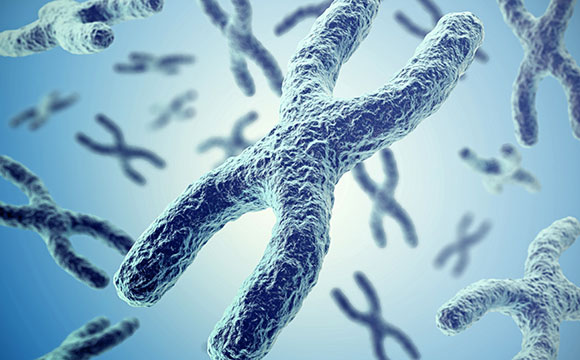 With upgrading of technologies and better understanding of diseases, the death rate caused by cancers is considerably decreased. According to the 2017 Cancer Progress Report released by the American Association of Cancer Research, at least 2.1 million people diagnosed with cancer have successfully prolonged their lives due to more advanced medical treatment.

The huge progress made in cancer treatment should be partially credited to improvements on new novel drug design conceptions as well as clinic practice. The world famous professional drug website dddmag summarized ten cancer drugs that have made headlines after being marketed or proving to be clinically effective from August 1, 2016 to July 31, 2017. They are presented as below:

Among all the drugs newly approved this year, pembrolizumab (Keytruda) seems to be the biggest winner as it gained the FDA approval for any solid tumor with a specific genetic feature. This is the first time the agency has approved a cancer treatment based on a common biomarker instead of a treatment of a specific location in the body at which the tumor originated, which marks the consent given by authorities to the new tumor treatment conceptions.

Pembrolizumab targets the cellular pathway known as programmed cell death protein 1 (PD-1)/programmed death ligand 1 (PD-L1). By blocking the pathway, it may help the body’s immune system fight the cancer cells. Till now, pembrolizumab has been approved by the FDA for the treatment of certain patients with specific cancers, including melanoma, metastatic non-small cell lung cancer, recurrent or metastatic head and neck cancer, refractory classic Hodgkin lymphoma, and urothelial carcinoma

Bavencio (avelumab), also a PD-L1 blocking antibody, is the first FDA-approved treatment for metastatic Merkel cell carcinoma (MCC) and is used in patients 12 years and older including those who have not received prior chemotherapy. Due to its huge potential in tumor treatment, Bavencio received accelerated FDA-approval and was marketed in March 2017 for the treatment of patients.

Imfinzi (durvalumab), another PD-L1 blocker, was FDA-approved in May 2017 for the treatment of patients with advanced urothelial carcinoma (bladder cancer) who have ongoing disease despite use of platinum-containing chemotherapy with or without surgery. This drug from AstraZeneca has been proved to be effective in an enlarged application ranges and is likely to be approved for treating other diseases soon.

Midostaurin (Rydapt) is the first molecularly targeted therapeutic approved for treating AML. It targets several related molecules called tyrosine kinase receptors, including FLT3 and KIT, and was initially approved to treat AML. In this sense, it’s better to regard Midostaurin as a highly targeted medical means instead of a drug. Unlike traditional chemotherapy, the whole treatment process of Midostaurin begins with the systemic classification of patients. This is to make sure if Midostaurin is applicable to the patients’genetic features, accompanied by diagnosis methods approved by FDA. Treatment is conducted only when everything fits.  In April, 2017, Midostaurin is also approved to treat adults with advanced systemic mastocytosis (SM).

Olaratumab (Lartruvo) is a monoclonal antibody that targets the protein platelet-derived growth factor PDGFRα. In October 2016, Olaratumab gained accelerated FDA approval for the treatment of patients with soft tissue sarcoma (STS) who cannot be cured with radiation or surgery and who have a type of STS for which an anthracycline (chemotherapy) is an appropriate treatment.

The U.S. Food and Drug Administration (FDA) approved Niraparib (Zejula) on March 27, 2017 for the maintenance treatment of adult patients with recurrent epithelial ovarian, fallopian tube, or primary peritoneal cancer who are in a complete or partial response (CR or PR) to platinum-based chemotherapy. Niraparib, as an oral PARP inhibitor, targets mainly at cancers caused by BRCA1/2 gene mutation and enjoyed a series of other privileges besides accelerated FDA approval.

In December, 2016, the FDA granted accelerated approval to Rubraca (rucaparib) for treating women with a certain type of advanced ovarian cancer caused by a specific gene mutation (deleterious BRCA). The FDA also approved the FoundationFocus CDxBRCA companion diagnostic for combined use with Rubraca. This clearly demonstrates that precision medicine and companion diagnostic would be the trend for future disease treatment and research. Rucaparib has also been granted by FDA as the application breakthrough therapy designation, priority review status, orphan drug designation, etc.

On March 14, 2017, FDA approved Ribocilib for first line treatment of hormone receptor + HER 2- metastatic breast cancer because when combined with Femera (letrozole) the combination benefits all such women and leads to improved survival without cancer recurrence. Kisqali is a selective cyclin-dependent kinase inhibitor, especially effective in inhibiting CDK4/6. Due to good performance in clinical trials, this drug also gained FDA breakthrough therapy designation and priority review status.

On July 7, 2017, the FDA approved the HER2-targeted therapeutic neratinib (Nerlynx) for use as an extended adjuvant treatment for patients with early-stage, HER2-positive breast cancer and for use of decreasing the reoccurring risk of breast cancer. Neratinib, as a kinase inhibitor, works by blocking several enzymes that promote cell growth, and used for adult patients who had completed treatment with trastuzumab.

On July 24, 2017, the FDA granted accelerated approval to Brigatinib (Alunbrig) tablets for treating patients with ALK+ metastatic NSCLC who have progressed on or are intolerant to crizotinib. Alunbrig is the fourth targeted non-small cell lung cancer medicine. Previously, Alunbrig received Breakthrough Therapy Designation from the FDA for the treatment of patients with ALK+ NSCLC whose tumors are resistant to crizotinib, and was also granted Orphan Drug Designation by the FDA for the treatment of ALK+ NSCLC, ROS1+ and EGFR+ NSCLC. According to latest news, a Marketing Authorization Application (MAA) for ALUNBRIG was submitted to the European Medicines Agency (EMA) in February 2017.