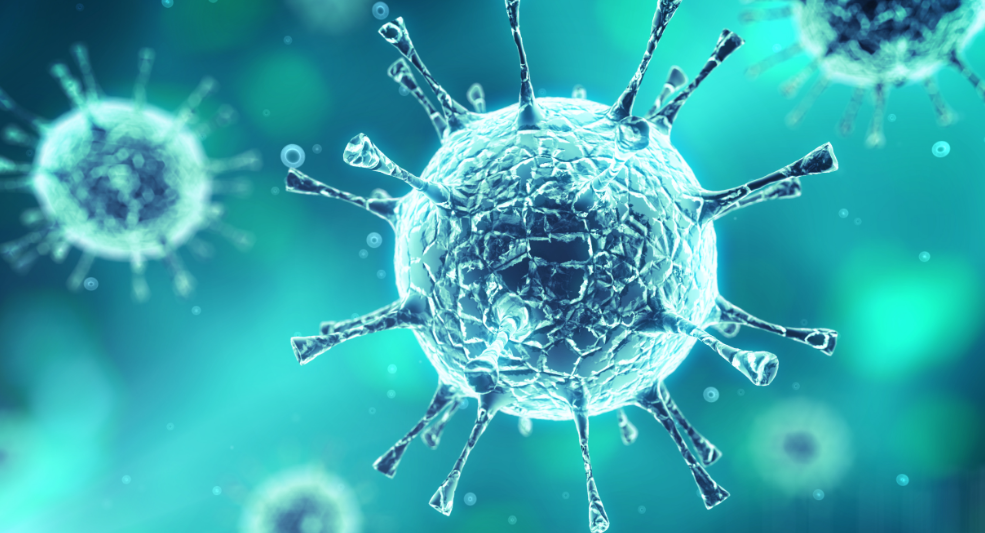 Every day, billions of new blood cells are generated in the bone marrow. The gene Myc is known to play an important role in this process, and is also known to play a role in cancer. Scientists from the German Cancer Research Center (DKFZ) and the Heidelberg Institute for Stem Cell Technology and Experimental Medicine (HI-STEM) have now found that just how big a role Myc plays is determined by a distant section of DNA that contains a cluster of gene enhancers. In certain blood cancer cells, this cluster has been altered, which affects Myc activity and thereby accelerates cancer growth and affects how the cancer responds to chemotherapy. This cluster of enhancers might therefore be a suitable target in the treatment of blood cancer.

In patients with acute myeloid leukaemia, cancer cells resist the effects of chemotherapy, many times resulting in disease recurrence and ultimately death. Researchers from Instituto de Medicina Molecular (iMM) João Lobo Antunes have found a mechanism through which certain types of leukaemia resist chemotherapy, thus revealing novel molecular targets that may be used to improve the efficiency of this type of treatment. The team, led by Sérgio Dias, had previously shown that leukemic cells activate certain molecular signals, namely a cell signalling pathway controlled by the Endothelial Vascular Growth Factor (VEGF), which allow cancer cells to survive despite chemotherapy.

The peroxisome proliferator activator receptor-γ (PPARγ) is an orphan nuclear receptor that is essential for the development of adipocytes and is the target for the thiazolidinedione (TZD) class of antidiabetic agents. In addition to its role in metabolism, PPARγ is mutated or overexpressed in certain human cancers. Despite initial excitement regarding the role of PPARγ ligands in cancer therapy, they were not effective as single agents in advanced epithelial malignancies. As an alternative approach, the group has demonstrated that TZDs potently sensitize a variety of cancer cells to the cytotoxic effects of carboplatin. The mechanism was thought to be via inhibition of metallothionein gene expression, although other mechanisms were not ruled out. While these data suggested that PPARγ ligands may play an important role in cancer therapy, the use of these drugs has declined dramatically due reports concerning toxicity, many of which are now known to have been potentially overstated.

Carnegie Mellon University researchers have developed a new method for delivering chemotherapy nanodrugs that increases the drugs’ bioavailability and reduces side-effects. Nanodrugs, drugs attached to tiny biocompatible particles, show great promise in treatment of a number of diseases, including cancer. Delivery of these drugs, however, is not very efficient – only about 0.7 percent of chemotherapy nanodrugs reach their target tumor cells. The remainder are absorbed by other cells, including those in the liver, spleen and kidneys. When the drugs build up in these organs, they cause toxicity and side-effects that negatively impact a patient’s quality of life. The researchers believe that their drug delivery methodology can be applied to a variety of nanodrugs without any modifications to the drugs.

The calcium-activated chloride channel TMEM16A is a ligand-gated anion channel that opens in response to an increase in intracellular Ca2+ concentration. The protein is broadly expressed and contributes to diverse physiological processes, including transepithelial chloride transport and the control of electrical signalling in smooth muscles and certain neurons. As a member of the TMEM16 (or anoctamin) family of membrane proteins, TMEM16A is closely related to paralogues that function as scramblases, which facilitate the bidirectional movement of lipids across membranes. The unusual functional diversity of the TMEM16 family and the relationship between two seemingly incompatible transport mechanisms has been the focus of recent investigations. Previous breakthroughs were obtained from the X-ray structure of the lipid scramblase of the fungus Nectria haematococca (nhTMEM16), and from the cryo-electron microscopy structure of mouse TMEM16A at 6.6 Å. Although the latter structure disclosed the architectural differences that distinguish ion channels from lipid scramblases, its low resolution did not permit a detailed molecular description of the protein or provide any insight into its activation by Ca2+. Here the researchers describe the structures of mouse TMEM16A at high resolution in the presence and absence of Ca2+. These structures reveal the differences between ligand-bound and ligand-free states of a calcium-activated chloride channel, and when combined with functional experiments suggest a mechanism for gating. During activation, the binding of Ca2+ to a site located within the transmembrane domain, in the vicinity of the pore, alters the electrostatic properties of the ion conduction path and triggers a conformational rearrangement of an α-helix that comes into physical contact with the bound ligand, and thereby directly couples ligand binding and pore opening. Our study describes a process that is unique among channel proteins, but one that is presumably general for both functional branches of the TMEM16 family.

Anthracyclines such as daunorubicin are important chemotherapy agents used in a variety of cancers in children and adults, including leukemia. The study’s key findings are:

The presence of adipocytes significantly reduced the accumulation of daunorubicin in the acute lymphoblastic leukemia (ALL) cells.

The adipocytes absorbed the chemotherapeutic agent, removing it from the leukemia microenvironment. The leukemia cells treated with daunorubicin survived and proliferated better in samples that contained adipocytes.

The adipocytes metabolized daunorubicin. Enzymes in the fat cells changed the structure of the chemotherapy molecule, making it much less toxic to the leukemia cells.

DNA repair is essential to prevent the cytotoxic or mutagenic effects of various types of DNA lesions, which are sensed by distinct pathways to recruit repair factors specific to the damage type. Although biochemical mechanisms for repairing several forms of genomic insults are well understood, the upstream signalling pathways that trigger repair are established for only certain types of damage, such as double-stranded breaks and interstrand crosslinks. Understanding the upstream signalling events that mediate recognition and repair of DNA alkylation damage is particularly important, since alkylation chemotherapy is one of the most widely used systemic modalities for cancer treatment and because environmental chemicals may trigger DNA alkylation. Here we demonstrate that human cells have a previously unrecognized signalling mechanism for sensing damage induced by alkylation. The researchers find that the alkylation repair complex ASCC (activating signal cointegrator complex) relocalizes to distinct nuclear foci specifically upon exposure of cells to alkylating agents. These foci associate with alkylated nucleotides, and coincide spatially with elongating RNA polymerase II and splicing components. Proper recruitment of the repair complex requires recognition of K63-linked polyubiquitin by the CUE (coupling of ubiquitin conjugation to ER degradation) domain of the subunit ASCC2. Loss of this subunit impedes alkylation adduct repair kinetics and increases sensitivity to alkylating agents, but not other forms of DNA damage. We identify RING finger protein 113A (RNF113A) as the E3 ligase responsible for upstream ubiquitin signalling in the ASCC pathway. Cells from patients with X-linked trichothiodystrophy, which harbour a mutation in RNF113A, are defective in ASCC foci formation and are hypersensitive to alkylating agents. Together, the work reveals a previously unrecognized ubiquitin-dependent pathway induced specifically to repair alkylation damage, shedding light on the molecular mechanism of X-linked trichothiodystrophy.

8.Obinutuzumab for the first-line treatment of Follicular Lymphoma

The combination of the anti-CD20 monoclonal antibody rituximab with chemotherapy has significantly improved outcomes in patients with newly diagnosed follicular lymphoma. The use of rituximab maintenance therapy after induction is associated with a median progression-free survival of 6 to 8 years and an estimated overall survival rate of 87.4% at 6 years. The majority of patients will eventually have a relapse, and early progression after first-line treatment is associated with shorter survival. Obinutuzumab is a glycoengineered type II anti-CD20 monoclonal antibody that has lower complement-dependent cytotoxicity than rituximab but greater antibody-dependent cellular cytotoxicity and phagocytosis and greater direct B-cell killing effects. The antitumor activity of obinutuzumab combined with chemotherapy has been observed in patients with chronic lymphocytic leukemia, in patients with previously treated indolent and aggressive non-Hodgkin’s lymphoma, and in patients with rituximabrefractory indolent non-Hodgkin’s lymphoma.

9.Chemotherapy drug maintains quality of life despite side effects

Patients with advanced neuroendocrine tumors (NETs) reported similar health-related quality of life (HRQOL) during treatment with a recently approved chemotherapy drug as compared to patients receiving a placebo treatment, according to a clinical trial published in Lancet Oncology. These findings, in conjunction with previous research showing delayed disease progression, suggest the drug, called everolimus, may be able to preserve quality of life even in light of chemotherapy’s often-toxic side effects. The findings support the usefulness of HRQOL as an endpoint in clinical trials studying NETs, in a secondary analysis of their findings, according to the study.