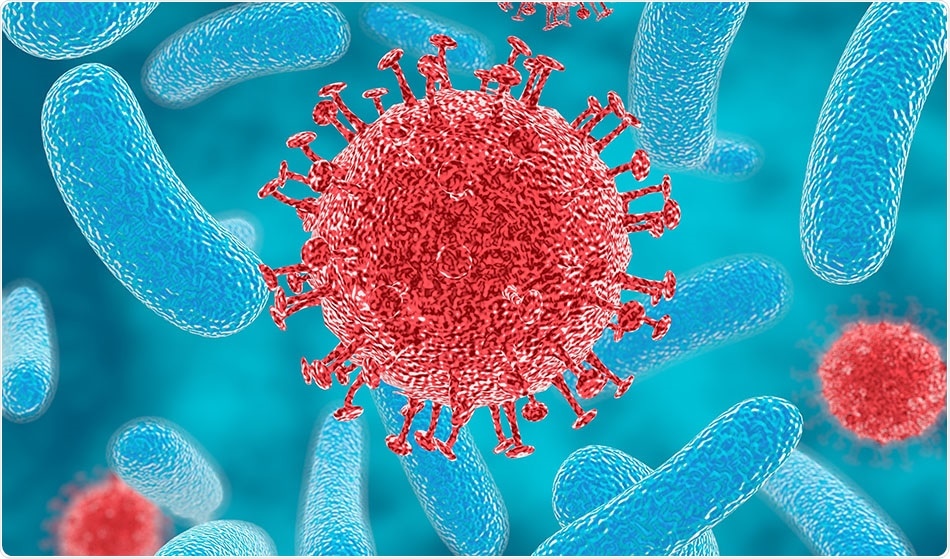 Human immunodeficiency virus, HIV (AIDS, acquired immunodeficiency syndrome) virus is a virus that causes the deficiency of the human immune system. In 1983, HIV was first discovered in the United States. It is a retrovirus of the genus (lentivirus), which infects cells of the human immune system. HIV destroys the T lymphocytes of the human body, and then blocks the process of cellular and humoral immunity, resulting in the paralysis of the immune system and the spread of various diseases in the human body, then ultimately leading to AIDS. Because of the rapid variation of HIV, it is difficult to produce a specific vaccine. So far, there is no effective treatment, which poses a great threat to human health. Since the 1980s, the AIDS epidemic has claimed more than 34 million lives. According to the World Health Organization (WHO), it is estimated that in 2017, 36.9 million people worldwide were infected with HIV, only 59 percent of who were infected with HIV and treated with antiretroviral therapy (ART). HIV is still one of the biggest public health challenges in the world, so there is an urgent need to study the function of HIV in depth to help researchers develop new treatments that can effectively combat the disease. What major HIV studies or findings had been made in January?

Much of the research on HIV has focused on preventing infection, but few people know how the body controls the virus after infection. In a new study, researchers from Yale University in the United States have revealed the role of a protein called Apobec3A: once HIV invades human cells, it blocks the virus’s gene expression. The results were published online in the journal PNAS on January 22, 2019 under the title “Apobec3A maintains HIV-1 latency through recruitment of epigenetic silencing machinery to the long terminal repeat”. The researchers studied T cell lines infected with latent HIV. The known protein Apobec3A inhibits HIV in the early stage of infection. They looked at the effects of gene modification-allowing the gene Apobec3A to be overexpressed or knocked out. They found that Apobec3A prevented HIV from reactivating by combining it with a region of HIV DNA that would have promoted HIV reactivation.

The traditional view is that HIV is transmitted throughout the body as a free virus particle. Recent research challenges this conventional wisdom, pointing out that T cells infected with HIV migrate in the tissue and circulatory system and then transmit the virus through direct contact with uninfected cells. In a new study, researchers from Massachusetts General Hospital identified a new function of the protein Nef: slowing the spread of HIV in the earliest stages of infection. However, they also found that after initially slowing the spread of the infection, the function may help the virus survive later by evading the immune response. The results were recently published in the journal Cell Host & Microbe under the title “HIV-1 Balances the Fitness Costs and Benefits of Disrupting the Host Cell Actin Cytoskeleton Early after Mucosal Transmission”.

In a new study, French researchers purified the TAR RNA-binding protein (TRBP), its interacting partner, and identified a DICER-independent TRBP complex containing FTSJ3. It is speculated that FTSJ3 is a 2′-O-methyltransferase (2’O-MTase). In vitro and in vivo experiments have shown that FTSJ3 is a 2′-O-methyltransferase recruited to HIV RNA through TRBP.

Officials at the National Institutes of Health’s (NIH) say that in recent years, a wealth of clinical evidence has firmly established that the concept that HIV is not detected is not transmitted (Undetectable=Untransmissible, U=U) is scientifically reasonable. U = U means that undetectable HIV viral loads can be achieved and maintained by taking the antiretroviral drug (ART) and adhering to this treatment (that is, the level of HIV in the blood that), HIV infected people will not be able to transmit sexually. To spread the virus to others. Officials from the National Institute of Allergy and Infectious Diseases (NIAID, a subsidiary of NIH) wrote a critical article in the JAMA journal entitled “HIV Viral Load and Transmissibility of HIV Infection,” summarizing the scientific evidence in support of U=U. The significance of broad acceptance of this information was also discussed.

In a recent study published in the international journal Cell Reports, scientists from the University of Illinois found that cell size and cell cycle status may play a key and decisive role in HIV. Now the development of antiretroviral drugs has made HIV infection a controllable chronic disease. However, if not diagnosed or treated in a timely manner, HIV infection will evolve into AIDS (acquired immunodeficiency syndrome), with about 1 million people worldwide dying of HIV infection in 2017. Life-saving drugs don’t treat HIV, because when HIV infects the body, it secretly targets cells that induce the body’s immune response to an infection, especially HIV’s invasion of CD4 T cells. And continue to replicate the DNA that eventually took over the CD4 host cells. Professor Roy Dar, a researcher, said that when infected with CD4 T cells, HIV experiences one of two destinies, either integrating into a replication state that induces the production of hundreds of infectious virus particles, or entering a dormant state.

At present, highly effective antiretroviral therapy, which is widely used in clinical treatment, has remarkable curative effect, but there are also serious toxic and side effects and drug resistance problems. It is urgent to study the process of AIDS infection, find new targets and mechanisms, and develop new treatment methods.