Professor Karol Sikora, a British cancer doctor, recently claimed that the current pandemic of COVID-19 would be “Self-immolation”. His idea was that if there were more infections than we realized, while mild, documented infections led to strong immunity, then it would soon lead to “herd immunity” that would allow viruses nowhere to go, only extinction. .

But that idea that would protect us from letting viruses go rampant is unlikely to hold up. Antibody results showed that only a small number of individuals infected with SARS-CoV-2. In Britain, only 6.8% people are estimated to have infected the virus. France’s figure is only 4.4%.

This means that we still have a long way to go to achieve mass immunization. This also indicates that the virus does have the relatively high mortality rate that we estimate. This makes it doubtful whether letting viruses die alone is a sensible safe and moral answer to solving the problem of COVID-19. Imagine that the future we can live side by side with SARS-CoV-2 will be safer.

The virus that caused the original SARS disease, SARS-CoV-1, no longer bothers us. Can its disappearance tell us the possibility of living in a world without SARS-CoV-2? 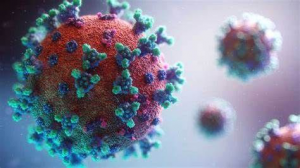 Why did the original SARS disappear?

It is clear that by early 2004, the outbreak of SARS was over. Since 2002, the epidemic has lasted for about a year and a half, infecting at least 8000 people, 10 percent of whom died. Although it mainly affects East Asian countries, SARS has spread to all parts of the world in the end.

Amid the chaos, it is feared that SARS will become a serious epidemic. The virus is transmitted through the respiratory tract, has spread internationally and has the ability to cause major diseases.

Why did the initial SARS end? Well, SARS-CoV-1 is not self-exhausting. On the contrary, the epidemic has been brought under control to a large extent through simple public health measures. Testing for people with symptoms (fever and respiratory problems), isolation of suspected cases, and travel restrictions have all worked.

SARS-CoV-1 is the most contagious when patients get sick, so isolating patients with symptoms can effectively prevent further transmission. In the decades after SARS disappeared, almost everyone on the planet was easily infected with it.

It is clear that our response to SARS-CoV-1 has led to the extinction of the virus in humans. But we also know that there are still very similar viruses in bats. In the not-too-distant future, a virus very similar to SARS may emerge.

Of course, this happened at the end of 2019, when SARS-CoV-2 infected humans. In just a few months, it broke out into a pandemic, infecting millions of people around the world, about 1% of whom died. Although this new human coronavirus is different from the original SARS virus, is it related?

Within a time frame similar to that of the original SARS, SARS-CoV-2 has proved to be more contagious than its cousin nearly 20 years ago, but does not seem to be so deadly. Another important concern is that SARS-CoV-2 spreads effectively before people get sick. This makes traditional symptom-based public health restrictions, although effective for SARS, basically unable to control COVID-19.

The challenge of eradicating SARS-CoV-2

In essence, the ease of transmission means that SARS-CoV-2 is much more difficult to control. We also do not know whether infection and rehabilitation can completely prevent the virus from reinfection and transmission. Taken together, these factors mean that SARS-CoV-2 is most likely to take root in humans as an endemic virus, just like its close relative coronavirus, which is the main cause of colds every winter.

Although we have not yet seen a “post-pandemic” of other human coronaviruses (although we strongly suspect that this has occurred in the not-too-distant past), we have ample evidence that this has also occurred in other viral infections. In the past century or so, we have experienced five influenza pandemics, while the descendants of the most recent influenza pandemic virus (H1N1 in 2009) continued to spread among people more than a decade later.

Since we don’t know how long the natural immunity to COVID-19 will last, or whether it can completely stop the infection, or just stop the symptoms, it is not clear whether SARS-CoV-2 will self-deplete. Therefore, our only option is to suppress COVID-19, as much as possible until we provide a safe and effective vaccine for the general public.

1. Chen, J. (2020). Pathogenicity and transmissibility of 2019-nCoV—a quick overview and comparison with other emerging viruses. Microbes and infection.